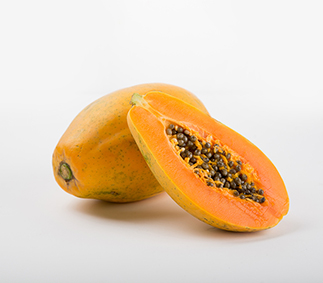 Salmonella Outbreak Results in 1 Death, Is Linked to Maradol Papayas

The Centers for Disease Control and Prevention (CDC) announced that it is investigating a 12-state outbreak of Salmonella food poisoning in which 47 people have been sickened, 12 of whom have been hospitalized and one of whom has died. The death occurred in New York City.

The CDC has linked the outbreak to contaminated yellow Maradol papayas, a large fruit that weighs 3 pounds or more. According to the CDC, the contaminated fruit was grown in Mexico.

To-date, Caribeña-brand papayas distributed by Grande Produce have been linked to this outbreak, but the Food and Drug Administration (FDA) has reported that there are illnesses in states where Grande Produce did not distribute papayas. The CDC is advising consumers not to eat, restaurants not to serve, and retailers not to sell yellow Maradol papayas until more is learned.

Illness from Salmonella bacteria can develop anywhere from 12 hours to three days after consumption of contaminated food. Symptoms can include diarrhea, abdominal pain, fever, vomiting, and chills, and can last up to a week. Most people recover without treatment, but in some cases, the diarrhea can be so severe that it results in dehydration, and then hospitalization is required.

Attorney Elliot Olsen has recovered millions on behalf of his clients and their families in cases involving fatalities caused by  foodborne illness. He offers a free consultation to anyone who thinks they may have been sickened as a part of this outbreak.